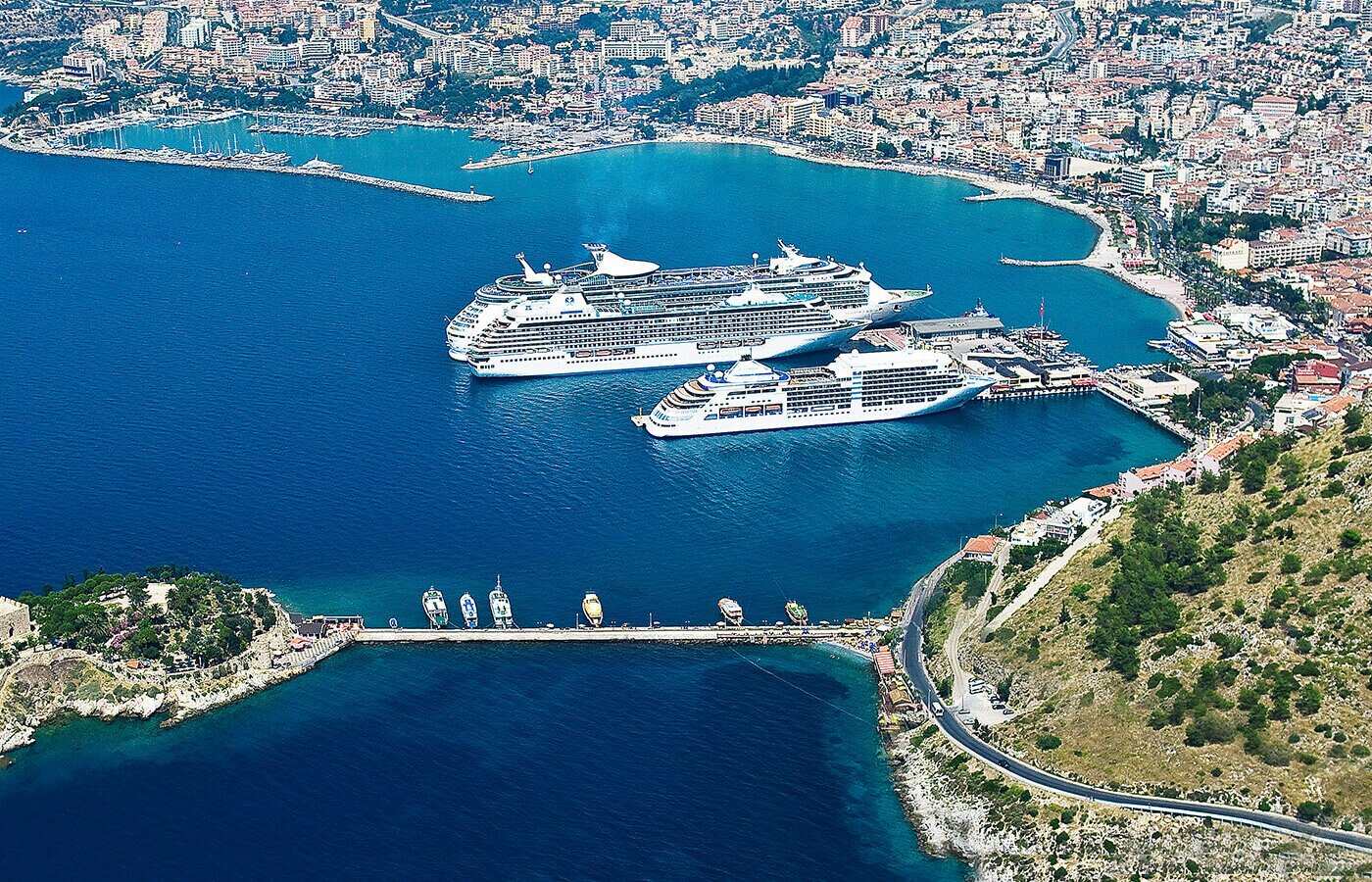 It is not known exactly when and by whom Kuşadası was established. However, it is believed that Kuşadası was founded by the Ions by looking at the names of some settlements.
Kuşadası was founded at Andızkul, which was located at the foot of Pilavtepen. At that time, these coasts were located within the borders of Byzantium, then Algeria and the Venetians began to dominate the coasts in the economic area. He then moved to his current position in the city Andizkule to provide easier access to the shore and was named the New Scaffold (Scala Nuova).

There have been many civilizations since the first ages in and around Kuşadası Bay, which also includes Kuşadası. B.C. 3000 years of Leleger, BC. Aeolians in the 11th century, BC. In the 9th century, the ions ruled in the region. In the ancient times, the region between the Great Menderes and Gediz streams was called Ionia. The Ionians were merchants and sailors, overseas trade houses and as a result they became economically stronger. In addition to this economic day, it also brought political power and established 12 cities called “Ionian Colonies”.
Kuşadası was named Neopolis in ancient times and it was one of the most important ports providing the transition from Anatolia to the Mediterranean. B.C. In the 7th century the Lydians began to reign.
BC in the region. In 546, Persian domination begins and this domination begins in BC. In 334 BC Alexander the Great will continue to take over all Anatolia. When Alexander the Great began to synthesize the eastern and western cultures, a new era of cultural art emerged as a result of the synthesis of Greek civilization in Anatolia and native Anatolian civilization. This era is known as the ünlü Heletistic Age Mil and Ephesus, Miletus, Priene and Didim are the most famous cities of this period. B.C. In the 2nd century the Romans dominated the region. Virgin Mary and his apostles St. When Jea came to Ephesus in the early years of Christianity, the region became a religious center for Christians. In the same period, Miletus became an episcopal center in the Christian Period and took the name os Ania os in the Byzantine Era. In the Middle Ages, Kuşadası was a port used by pirates and in the 15th century, the city was named “Scala Nuova” during the rule of the Venetians and the Genoese.


In 1086, Süleymanşah included the region in the Seljuk State and the Turkish sovereignty began in the region. In this period, the area is an export gate for the caravans to the Aegean Sea. 1. After the Crusader War, the region was again dominated by the Byzantine Empire. At the end of the 1280s, Menteşeoğulları reigned in the region in the early 1300s. Between 1397-1402 the region entered the sovereignty of the Ottoman Empire. Aydinogullari seized the region in 1402, but in 1425 the region was re-connected to the Ottoman territory.
Kuşadası joined the Ottoman lands in 1413 by Mehmet (Çelebi). After this date, the Turks became dominant in the city and the works of the Turks began to form. The most important of these are the walls that still have Kervansaray and Kuşadası, which still exist today, and they were built by Mehmet Paşa.
The city was surrounded by city walls and only three doors into the city. One of these gates differentiates Barbaros Hayrettin Paşa Caddesi and Kahramanlar Street and is known as ayır inden Kale Kapısı ‘(The Gate Gate).
Güvercinada, which was an important military base for the Byzantines in time, was renovated in 1834 and its castle was built. The city takes its name from this castle.
It was occupied by the Italians in 1919. It was occupied by the Greeks in 1910 and was invaded by the Greeks in 1921. On September 7, 1922, he was saved from enemy occupation.