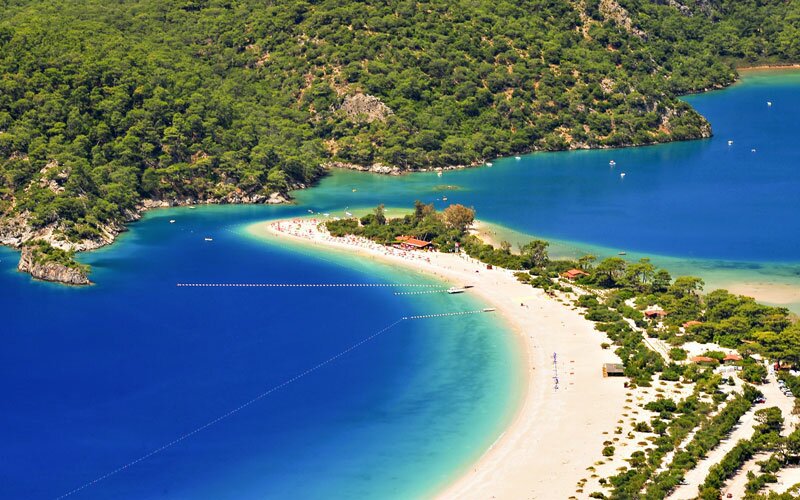 Fethiye is a district of Muğla which is located at the intersection of the Mediterranean Region and the Aegean Region. Ferhan to Notifications is the natural and historical beauties of Turkey’s top holiday destinations of the mane and in recent years has become one of Turkey’s most popular tourist attractions. Therefore, investments in the region have also increased. Surrounded by mountains, Fethiye joins the Gulf of Fethiye to create a hidden paradise. The mountainous areas are covered with forests and have a clean air. Ferthiye, which has an indented structure, has beautiful bays. A classic Mediterranean climate is observed in the region and hot and dry winters are mild in summers.

One of the places where tourists are interested in Fethiye is undoubtedly Ölüdeniz. Oludeniz, which is connected to the Mediterranean with a narrow gorge, resembles a stagnant lake. With its beach along the coast, Ölüdeniz is a paradise with the forest starting from the end of the beach. In addition, the island of Fethiye is also known for its beaches.
Fethiye is also a very valuable place in history and goes back to ancient times. In this region, ancient cities were established in the names of Kallipolis, Araksa, on the territory, Daidala, Kadyanda, Karmylessos, Xanthos, Letoon, Lidai, Patara, Pinara, Sidyma, and Telandros. Telmessos is an ancient city in the center of Fethiye, one of the oldest in the Lycian region. Because of the long history of the city is not known who is the founders. In 1284, Menteşe sons reigned in the region and in 1424 the region joined the Ottoman lands. In the 20th century, due to the intense Greek population in the region, it was called Marki. The first Ottoman pilgrim Fethi Beyin falls here and died in 1934 in the memory of Fethi Bey was given the name of Fethiye.
Things to see in Fethiye are; Fethiye Castle, Pydnai Castle, Hasan Paşa Bridge, Fethiye Museum, Belceğiz Spa, Gebeleri Spa, Kalemiye Spa, Pregnant Cave, Saklıkent Canyon, Kelebek Canyon, Gemile Island, Fethiye Bays. 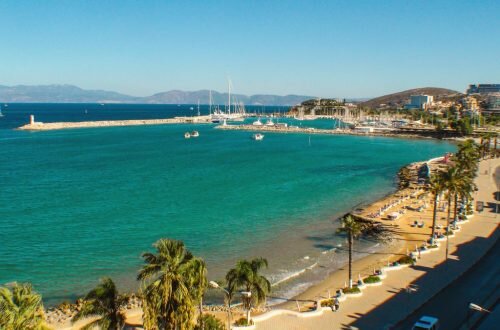